In the analysis, the S&P 500 Index closing prices were explored within a four decade time frame. The objective was to analyze the index and determine if it was an invaluable long term investment.

The analysis sought to understand the compounded returns (not including dividends) the index produced in the above time frames. A/B were used to infer if the difference in means of prices between decades were statistically significant. The goal was to observe if the closing prices were higher or lower between the time frames and determine the investment risk. If the prices were higher in each new decade and statistically significant, intuitively, this was determined to be a positive sign and that the index was producing profits; the opposite was true for the opposite results. In addition to the above, the analysis observed trends in economic data regarding U.S Real GDP, S&P 500 Index EPS, Ten Year U.S Treasury Bond Yields, and Average Annual U.S Inflation over the same time period to aid in the analysis. The analysis can be taken advantage of by any individual or entity looking for a valuable investment opportunity.

Note - Also, returns have been slowing down in the recent decade and can be explained, in-part, by the unprecedented low interest rate environment.

Note - The dashboard is optimized for a 13-inch desktop. 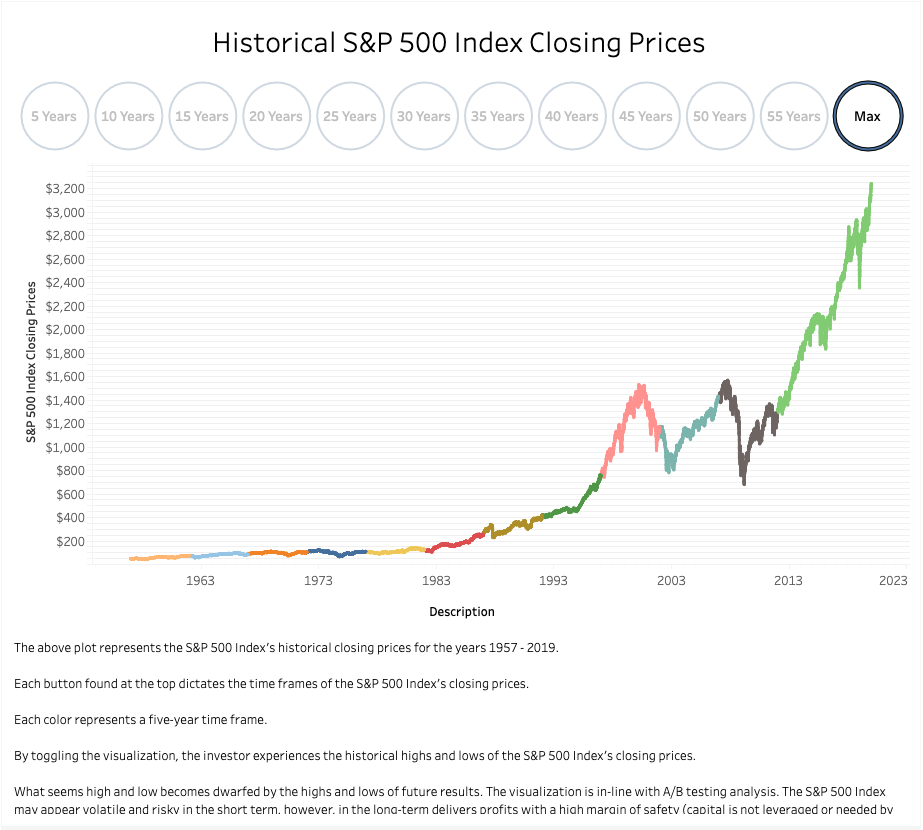